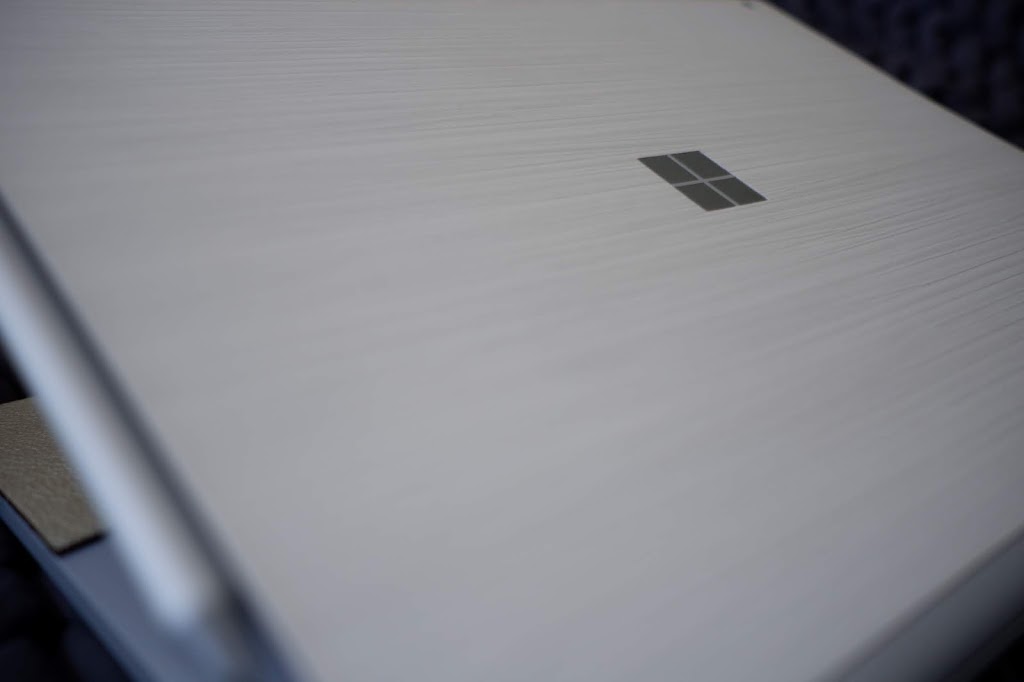 My Surface Book 2 (in the 15″ size) has been my daily workhorse for about 2 years now. I have the fanciest version, biggest hard drive, fastest processor, and all the bells and whistles. I have never shied away from splurging on the laptop, as it’s my primary machine and I spend so many hours a day on it. So, how’s it holding up?

The screen is gorgeous. I love the 3:2 aspect ratio. 15″ is a great size for working with two windows open side by side. Videos look great (not that I do that very much on this computer). I have the dedicated Nvidia GPU which has come in handy for some light gaming. I played all three original Mass Effect games, Mass Effect Andromeda, and Nier Automata. These are far from the fanciest or most advanced games, but for basic gaming my Surface Book 2 has been good enough. My previous laptop, a Surface Pro, could barely handle the 2013 Tomb Raider reboot.

It still performs well. I’ve never had cause to complain about speed. Obviously it handles all the day-to-day tasks like a champ, including 50+ Chrome tabs open and email, Word, PowerPoint, Excel, a reference manager, Evernote, calendar, etc. simultaneously. I can run my data analyses on it through Anaconda Python or Stata or whatever I choose with no problem. (Granted, my data is usually no bigger than 10-20,000 rows right now.)

I fell in love with the detachable screen and the sleek looks. But to be honest, I have used the screen detached maybe like, a dozen times over the course of two years. Mostly I detach it to read and markup pdfs like when doing research. The screen is a nice aspect ratio for reading scientific papers. Sometimes I detach the screen and turn it around and “close” the laptop to draw on it with it slightly propped up on the table. But mostly, it stays docked. How much of a premium am I willing to pay for a detachable screen in the future? I’m not sure.

Also, it’s heavy. This baby is not something I can throw in my bag just in case, like I used to with my Surface Pro. No, I have to think to myself, do I REALLY think I’ll need my computer? Does it justify the extra pounds in my bag that will kill my shoulders? It’s an inch thick and takes up so much room in my bag – is it really worth it? Then I’ll bring it if I’m absolutely sure. Even if it were the same weight, but, say, much thinner–that would make it better. But the fact that it’s weighty AND bulky is kind of killer.

Windows updates. Sigh. Maybe about a year and half ago or more, a Windows update killed my GPU. It sounds not unlike what is happening now again with Windows update and Surface Book. The GPU just wasn’t showing up in my device manager anymore. Needless to say that made it impossible to game on this machine. Now I don’t game anymore because, ahem, baby. But back then it was important to me. I tried rolling it back, uninstalling and reinstalling drivers, etc. Finally I took it into the Microsoft Store (thank god for physical stores I can access for help?). They worked on it, thought they fixed it, and gave it back to me. Nope, still broken. Worked on it some more, and after a week still could not fix it at all. So they gave me a replacement as I was still under warranty. The nice thing was they actually upgraded my hard drive because they only had the bigger size hard drive available. But I was still out a laptop for a week and had to transfer all my files and reinstall all my software. I had them disable Windows Update to prevent a rogue update from breaking my computer again – but whatever the tech did to do that didn’t actually work, as my computer has still been automatically updating since then. Now that I don’t game, I’m not actually checking to make sure my GPU is showing up. I’m hoping this last Windows update didn’t break it again for me, but it probably did. What I don’t know about can’t stress me out!

Would I buy it again?

If I could go back in time and make a purchase decision again, I probably would still get this machine. I don’t have a desktop machine so I do need a bigger laptop to work on, even at the tradeoff of weight and bulk, even most of the time “mobility” means moving from desk to couch to bed and back again. Would I buy an evolved version next time? I think that depends on what else is available. I like the 15″ form factor a lot for working. If Microsoft made a 15″ Surface Pro, or a 15″ Surface Laptop, with high performance, I’d likely go for one of those instead. If they didn’t (and they probably won’t), and I still don’t have a desktop to work from at home, then yes, I would probably get another 15″ Surface Book. I just hope it’s a little thinner and lighter then too — and that Microsoft gets its act together with Windows updates.